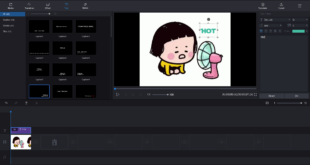 The 4 Best Ways to Add Text to GIF 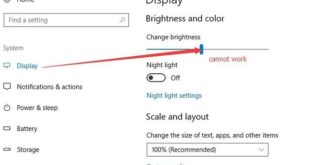 How to Fix Brightness Not Working in Windows 10 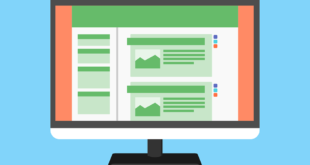 The operating system is a set of software programs that operate and control all the activities of a computer. The various hardware devices of a computer system cannot operate on their own, nor can they establish synergy with each other, all of these devices are powered by electronic signals delivered by the operating system, just as the music organizer in the orchestra gestures But various players play instruments and give a group performance, just like the operating system According to the outgoing signal stream computer equipment to complete a certain task while their work was done jointly.

Operating System (OS) is a system software that manages the resources of computer software and hardware and provides common service. The Operating System also manages the memory and processing of the computer. No computer can run without an OS because the operating system is the most important program of the computer to understand all the simple and important tasks like Keys being inputted by the keyboard, sending the output to the monitor screen, files, and directories on the hard disk. Managing, and communicating with all parts of all computers.

The following are some important functions of the operating system.

Coordination between other software and

Main memory provides a fast storage that can be directly accessed by the CPU. To execute a program, it must be in the main memory. An os perform activities for memory management –

Keeps track of primary memory, ie which part of it is in use, which part is not in use.

In multiprogramming, the OS decides which process will receive when and how much memory.

Allocates to D-memory when a process does not require it or has been terminated.

In a multiprogramming environment, the OS decides which process gets when and for how long the processor. This function is called process scheduling. An os performs these activities for processor management –

Monitors the status of the processor and process. The program responsible for this task is known as the traffic controller.

Allocates the processor (CPU) to a process.

The operating system manages device communication through its respective drivers. It performs these activities for device management –

Keeps track of all devices. The program responsible for this task is known as the I / O controller.

It decides which process the device gets when and for how long.

Allocates the device in an efficient manner.

File systems are generally organized in directories for easy navigation and use. These directories may contain files and other directions. The os performs these activities for file management –

Decides who gets resources.

There are some of the important activities that an os performs –

Security – Through passwords and other similar technologies, it prevents unauthorized access to programs and data.

Control over system performance – Recording delay between the request for service and response from the system.

Job accounting – tracking the time and resources used by various jobs and users.

Single User Operating System is a system in which only one program executes only at a time. Mostly Single Work Operating System is used in computers. There is only one problem in these operating systems, that a program is arranged in a line. The Computer System does not execute a Programme immediately, unless there is an identity with that Programme. For this, it is very important to have information together so that the programme can be identified. Other hardware devices also demand this information to execute these programs. All these Instructions are written in a special job control language (JCL). Which the OS understands.

The OS is a group of specialized programs that handle the actions of the computer, and provide speed by transferring the activities of the computer from one program to another. With the help of Computer OS, monitors its own operation, and automatically distributes the work of other application programs. This makes all other program instructions understandable by the machine. It transfers the data and result inputted by the user from one device to another by controlling and controlling all the activities of the computer. Nowadays many OS’s provide the facility to do many tasks simultaneously, which is called Multiprocessing. That is, the execution of two or more programs by the same computer at the same time is called Multiprocessing. In some multi-programming systems only certain tasks are executed, which are called multi-programming with Fix Task. Where the number of tasks is uncertain, it is called Multi-programming With Variable Task.

In this way, C.P.U switches over from one program to another. Therefore, in multi-programming, many user programs, C.P.U. Let’s share the time, and keep it busy.

Batch processing is a very old method through which various programs are executed, and used to execute tasks at various data processing centers. This technique of OS depends on the principle of automatic job change. The same principle is provided by most operating systems. In this type of OS, each user prepares their program offline, and after completion of the work, submits it to the data processing center. A computer operator collects all these programs. Which live in a card or pinch. When the Operator executes the batch of the program one by one, and finally the Operator receives the printout of those tasks, and those outputs are passed on to the respective user. Batch Processing is also called Serial, Sequential, Offline, or stack job processing. When the computer is used for this technique, there is no need for the intervention of the operator to execute the input data. Work is done automatically. In this, many different tasks are executed one by one at the same time.

There could not be any interaction between the user and the process during the execution of the process.

Multiprocessing Word is used to explain a processing method where two or more processors are connected to each other. In this type of system, instructions for different and independent programs are executed by more than one processor at the same time. Therefore, the execution of various instructions is done one by one by the Processor, which is obtained from the same program. 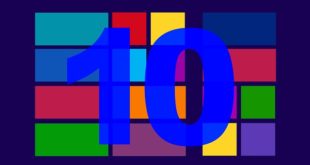 Is Windows 10 Pro Worth It?

If you’re a fanatical person, you’ll be trying to find the simplest OS for your …